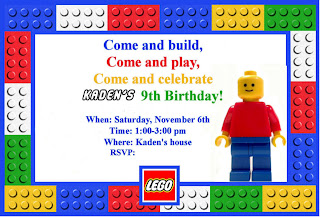 I threw this birthday party for my son last November right before we moved. My son loves Lego's and requested a Lego themed party. I had a lot of fun planning this party. I created this invitation in Paint Shop Pro. 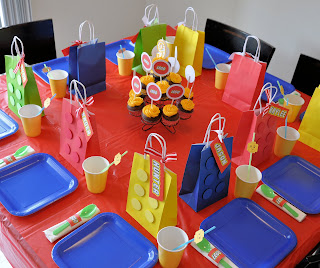 For the place settings:

I bought square blue plates, yellow cups, white napkins, and green spoons. I found a Lego logo online and printed it to make the napkins rings. I ended up making cupcakes but HERE is a cute idea for a Lego block cake. 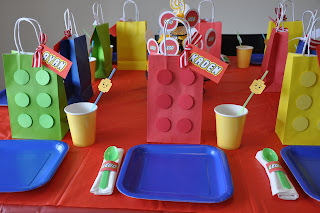 I filled the goodie bags with a Lego toy, candy blocks (I picked these up at the mall candy store), and a fun dip. I also gave them each a Lego magazine to take home. 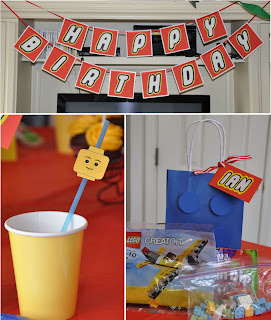 For the goodie bags I bought a package of 13 small gift bags at Michael's for $5.99. I used a 1 1/2" circle punch to cut circles out of matching colored card stock. If the card stock is a shade or two lighter then the bag then the circles will stand out better. I also used double sided foam squares to attach the circles to the bags.

For the banner I printed the letters at size 500 using a Lego font. Then I colored a border around the letters with a yellow marker. I cut them out and used a double sided adhesive to attach them to 6X6 inch squares of poster board. You can get the Lego font for free from www.typenow.net, it is #268 Lego Font. Typenow is a great place to get free theme fonts.

I found these printable straw toppers online at a blog called My Party File. (The link I had to it won't work anymore) I just printed them on card stock, cut them out, and taped them to the straws. 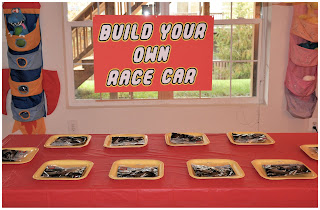 We let the kids have some free play time with the Lego's until all of the guests arrived. Then we gave them each a Lego Racer car kit. After they all finished building their race cars we put down two of the table legs and had the kids race their cars down the table. The winner got a prize and all of the party guests got to keep their race cars. 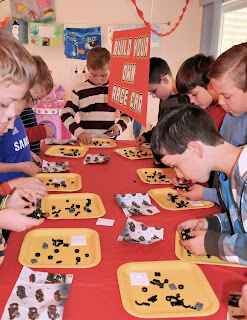 The boys all loved putting together their own race cars. 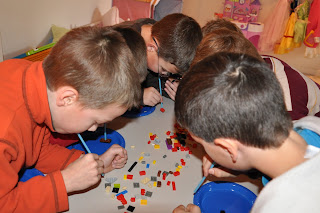 After the races we spread out a bunch of small Lego pieces on the table and gave each party guest a straw. The object of the game was to put as many Lego pieces as they could on their plate in one minute. They could only pick up the Lego's using the straw. 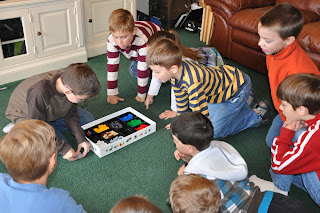 We played Lego Creationary. It is a Lego game where the kids take turns trying to get the other players to guess what they are building out of Lego's. The game cards give them pictures of what to make. 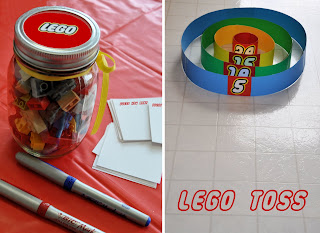 I made this simple Lego toss game by taping poster board strips together. We ended up putting it on the carpet so that it wouldn't slide when the kids threw the Lego pieces. We gave each party guest 10 Lego pieces and had them stand behind a line to toss them. The guest with the most points won a prize.

I also filled a jar with Lego's. Each guest wrote their name and guessed how many Lego's were in the jar. The guest with the closest guess won a prize. 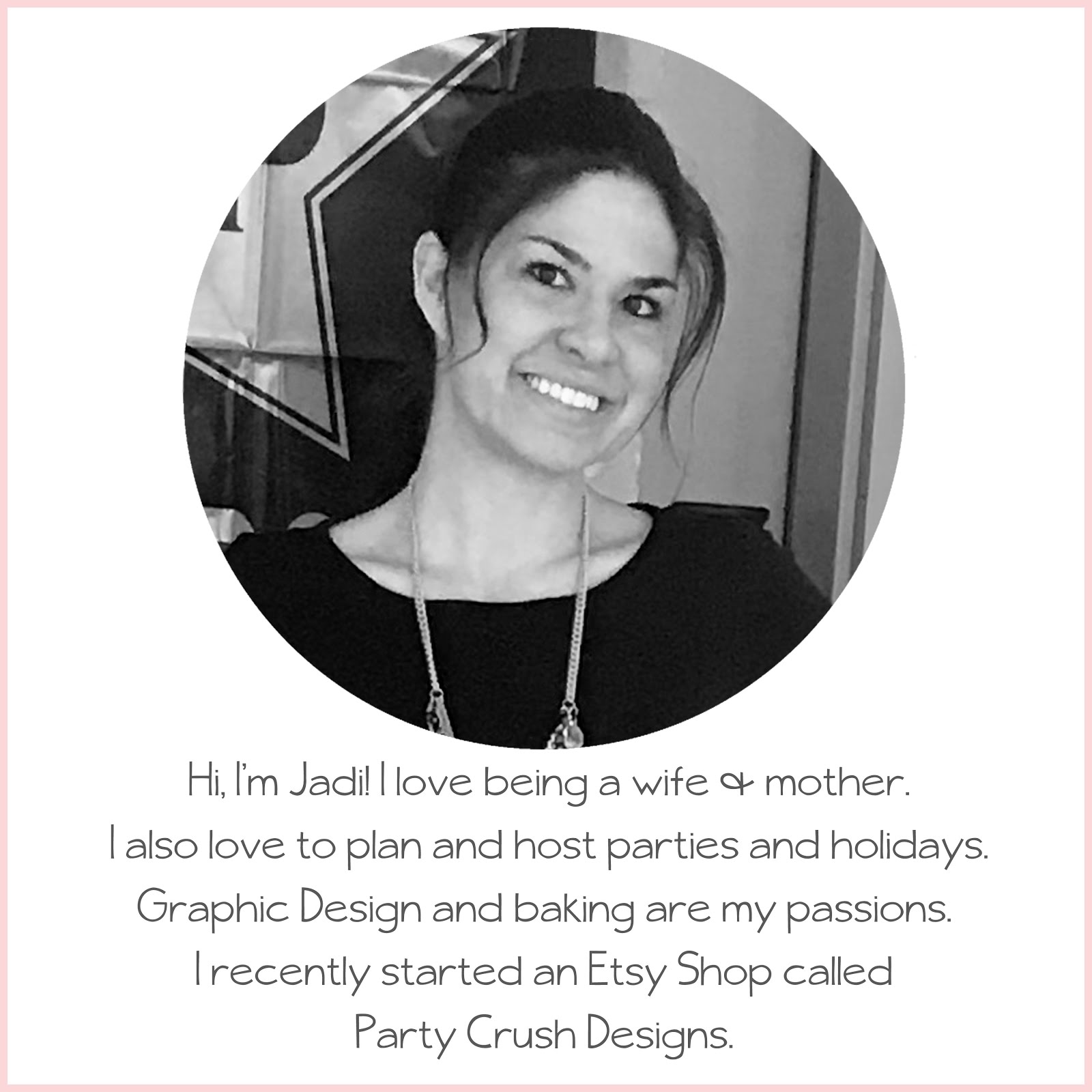